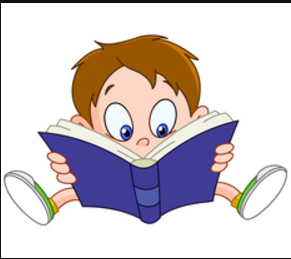 My mom taught me to read when I was three, a few years earlier than most other kids. One of the reasons I have a large vocabulary is that I spent eighteen years in school, reading, discussing and writing about books.

I had a special advantage early in my learning of English that only a few others have: my mom! My mom is a schoolteacher, and teaches reading. One of my earliest memories is from when I was three. My mom told me I should sit down because she had an important question to ask me. I sat down on her lap and she asked me if I wanted to learn how to read. She told me I could say no if I wanted to. I thought for awhile. The way she asked me made think it would not be easy, although at age three I of course didn’t know what work was! I hesitated, and finally said “yes”. I even remember being quite uncertain and not knowing if I was making the right choice. Saying “yes”, though was one of the most important decisions I have ever made in my life.

At that time in the US, not everyone went to kindergarten, so for many kids, reading instruction begins at age 6. So my decision to accept my mom’s offer gave me a three year headstart compared to a lot of other kids.

Actually, this had a hidden disadvantage for me. When I started school, I was already way ahead of most of the other kids, so I didn’t need to try hard in a lot of my classes. I was put in advanced reading classes, which helped, but I still found the reading exercises kind of easy. (I don’t want to say how smart I am here- I definitely didn’t have the same situation in math classes, in spite of the fact that my mom made me do math homework in the summer!)

This meant that as soon as I faced some difficulty, for example if I had a difficult test, I could quickly become frustrated. But for the most part, I found school very easy and didn’t need to work hard. I had a lot of free time, and used a lot of it to read books I got as birthday or Christmas gifts. Still, I learned a lot at school. In fact, most of the classes in my school were reading classes which also included some speaking and some writing. Even in science classes- biology and earth sciences- we had to read part of a chapter every day, memorize vocabulary, and then answered questions for homework. The next day, we would always discuss what we had read. History classes and certainly English classes followed the same formula- read, do homework, discuss, take a test. Another thing that was common to most of our classes (all of them except math, gym, and art classes, really) was that the material was easy. All of the texts were written so that kids could understand them with only a little bit of difficulty- each text we read had only 1 or 2% unknown words. Because the vast majority of words were already understandable, it was easier (but not always possible) to understand words from context. We weren’t just learning vocabulary from all this reading, though- science classes especially helped us to increase our understanding of the world and learn new ways to think. As our vocabulary and world knowledge grew, so did the difficulty level of the texts. For most of us, the growth in difficulty was not too big for us to keep up with. If the work did become difficult for some kids, it meant that they had somehow not learned some basic information, and they got special classes to solve these problems. (I was lucky, as I went to a private school. Not all kids were so lucky.)

This same formula- read relatively easy texts, do homework, take part in a group discussion with people I knew (teacher and other kids), take tests- continued from the time I was 6 all the way up through the time I finished university at age 23.

Learning was not always easy. I went to a private high school for smart kids, and found it much more difficult than grade school. In grade school, I didn’t need to work very hard, and had an easier time in most classes than most- but not all of- the other kids. The high school I went to by contrast was much harder- the students there were basically all of the smart kids from many different schools from other areas, so I was no longer special. (Well, I was special in other ways, for example my disgusting sense of humor and wish to get out of town, if possible permanently and if necessary by bicycle.) That was not easy, and it also was not easy that suddenly all of the classes were difficult rather than just one or two. Again, my mom and dad helped, pushing me to do my homework every day. It worked- to an extent. After my parents pushed me, I got grades that were respectable but not great.

English vocabulary is different from the vocabulary of many languages in that adult native speakers of the language may sometimes encounter vocabulary, especially in written form, that they do not understand. According to research, a typical university educated adult native speaker knows around 25,000 words. At the same time, many books written in English have a much larger vocabulary. For example, Moby Dick has a vocabulary of around 36,000 words; The Decline and Fall of the Roman Empire has a vocabulary of around 43,000 words! This means that an educated, adult native speaker will occasionally encounter unknown words while reading non-technical literature. These unknown words are often of Latin and Greek origin, and are found in books written for highly educated people. If you know and use these words- other people will be more likely to think you are smart and well-educated. If you don’t know these words, your speech will sound less intelligent, and you will have difficulty understanding some texts, especially ones with a high intellectual level. In order to reduce this problem, high school students in English-speaking countries are often required to learn twenty of these words each week- and at the end of every week there is a small test. This is (assuming none of the words are forgotten) nearly 3000 words which students need to learn in their four years of high school. Vocabulary growth doesn’t happen without hard work!

After I finished high school, I went to university, again in the US. I didn’t know what to study, so I took general courses for the first two years, which was when the university forced me to choose a specialization to study. I chose history, mainly because I was interested in it and didn’t know what else to do. (Later, I also decided to study German as a second language for a second specialization.)
So far, I have really emphasized how much of my learning of English came from reading and books. Of course, reading books and then talking and writing about them was not the only way I learned English. The reason I want to emphasize the role of reading in my learning is that many, maybe even most, people learning English as a second or foreign language think mostly or only about speaking and listening, and almost never consider that reading could be important. So, since I have already shown how important reading was for learning vocabulary, I should also mention some other places I learned vocabulary. I learned from listening to and talking with other people- family and friends, kids and adults- about all kinds of topics, including everyday ones.